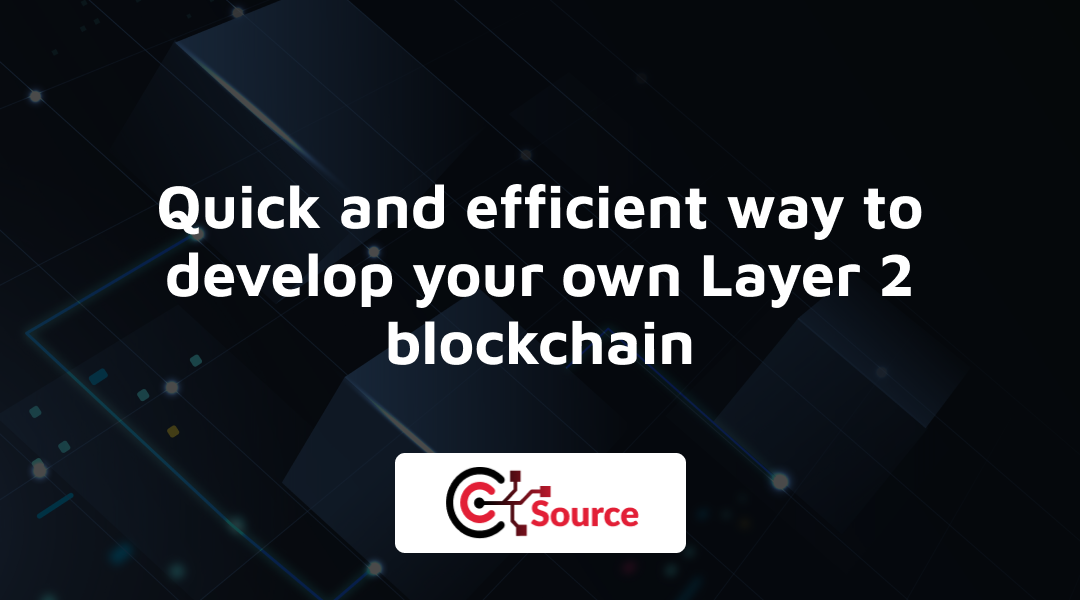 The “Layer 2 blockchain technology” concept is gaining traction in the recent past. Innumerable products have attempted to employ blockchain as a technical solution to their problems in the early years of this industry. Some of these ideas have worked, while others have fallen into some of blockchain’s inherent constraints.

The biggest challenge is scale, with core blockchains like Ethereum processing only 15-20 transactions per second. There are other challenges as well, such as rising petrol prices and privacy concerns. Changes to root blockchains may theoretically fix these problems, but they would nearly always come at the expense of decentralization.

Looking for an expert Blockchain Developer? Shoot an email to: business@chaintechsource.com

What is Layer 2 Blockchain?

An “off-chain” approach is often referred to as Layer 2 blockchain technology. Its major goal is to increase blockchain transaction throughput while keeping the distributed protocol’s decentralization benefits.

We need a few elements in the architecture to balance the needs of security, decentralization, and scalability in order to develop a good blockchain ecosystem. Layer 2 blockchain technology systems are those that connect to a base layer of security and finality, such as Ethereum. To put it another way, rather than modifying Ethereum’s core, we add smart contracts to the primary blockchain protocol that interact with off-chain operations.

How does Layer 2 Blockchain Work?

Layer 2 blockchain and protocols process data in such a way that the base layer (root chain) is not overburdened. The blockchain network can accommodate substantially higher transaction throughput by dumping transactions from the main chain onto layer 2 platforms.

The foundation layer (or root chain) is the first, followed by layer 2, layer 3, and so on (yes, even Layer 3!). Extensions such as 2nd layer solutions like Plasma, Sharding, and State Channels are layered on top of the basic layer, followed by a variety of decentralized applications.

How to Develop Layer 2 Blockchain?

Layer 2 blockchain development process necessitates a robust layer 2 solution. Some of the most popular and reliable Layer 2 solutions are:

Polygon, formerly known as Matic, is an up-and-coming platform for creating and connecting Ethereum-based blockchain networks. It includes all of the necessary tools and components for developers to create efficient Ethereum instances.

The instances include all of the characteristics of a standalone blockchain, such as sovereignty and scalability. They also provide significant advantages in developer flexibility while maintaining Ethereum’s security.

Cartesi is a popular Ethereum scaling solution that is another noteworthy example. Cartesi, interestingly, does more than only deal with scalability and excessive transaction fees. Cartesi’s layer 2 solution also aids in the resolution of challenges with legacy technology and software stacks.

For all the right reasons, Arbitrum is another remarkable entry among the popular Ethereum layer 2 scaling solutions. This solution was built by Off-chain Labs with characteristics that allow for close compatibility with Ethereum, allowing Solidity writers to cross-compile their smart contracts more easily. Validators, compilers, and the EthBridge are the three main components of Arbitrum.

The finest Layer 2 blockchain development solutions have emerged as the Ethereum network’s answers to scalability and excessive transaction costs. In reality, scalability is a promising prerequisite for securing a blockchain network’s widespread adoption.