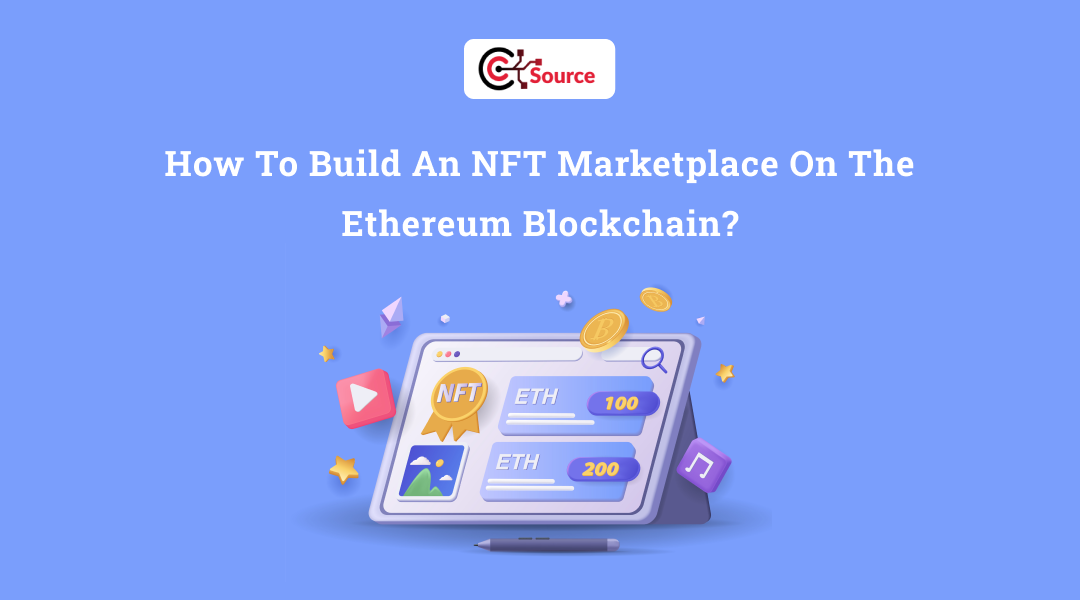 The prospect of being able to sell their valuable assets for a reasonable price enticed many people. For people, companies, artists, and just about everyone else, the NFT marketplace is currently the preferred method of trading digital assets. One of the reasons for the growing popularity of NFT markets is the ease with which ownership and rights can be obtained during the trade. NFT also gives its users a detailed history of each asset as an extra bonus.

Why not profit from the billions of dollars that people spend on these extravagant digital items without even thinking about it? If you want to learn more about how to establish an NFT marketplace on Ethereum, check out this blog.

What is an NFT Marketplace?

Consumers can store, exhibit, trade, and manufacture NFTs on the NFT marketplace. A Non Fungible Token is a digital asset that is based on the Ethereum blockchain and represents real-world events. Creators can use NFT marketplaces to reach a large audience with their NFT work. These services allow you to buy or sell NFT artworks at a set price. The below-given things are required to access and operate marketplaces.

The Non Fungible Token marketplace offers a wide range of NFT artworks from a number of industries, including photos, paintings, movies, and other digital collectibles. Typically, niche marketplaces are in higher demand than general marketplaces since they provide exactly what a client requires, focus on marketing specialist artwork, and target a certain group of people.

Ethereum was first presented in the year 2013, and it became highly popular in the following year, 2014. Ethereum is a digital transaction network that aids developers in the creation and deployment of distributed applications. On the Ethereum blockchain, people host apps, which allows smart contracts and decentralized applications (DApps) to be designed and run. The Ethereum network also makes data storage and decentralized program execution easier. The Ethereum blockchain is sufficiently strong to prevent any third-party manipulation, ownership, outage, or interference.

SinceEthereum is decentralized, network users may share information and build trust without having to rely on a single person to run the system and conduct transactions.

Instead of starting from scratch, users can use white-label solutions to set up and operate private blockchain networks fast.

On the Ethereum blockchain, all transactions are immutable, which means that once data is written, it cannot be modified. This makes hacking nearly hard; even the uploader cannot change the data once it has been posted.

The consensus technique used to agree on a transaction’s legality eliminates the necessity for a trusted intermediary to carry out the actions. Smart contracts run on their own.

Automation of blockchain transactions ensures that the process is substantially faster than manual verification and clearances. It is also less expensive because there are no third-party fees to pay.

All blockchain transactions are cryptographically safe, and Ethereum has three times the number of nodes that validate transactions as Bitcoin. Malicious Ethereum attacks are more often than not the product of badly programmed smart contracts by the platform’s users, rather than the extremely secure Ethereum network. Indeed, Ethereum declared last year that it would switch to proof-of-stake, making the platform even more secure.

Ethereum has been shown to be a dependable platform, with its blockchain functioning for more than three years. The platform’s applications perform exactly as they’re supposed to, with no downtime, censorship, fraud, or third-party meddling.

Ethereum ensures the blockchain network’s dependability, consistency, security, and stability as a pioneer. Apart from the security of the Ethereum network, protocol developers take into account the types of apps and tools that users and developers demand. When choosing a blockchain, businesses should seek help from a competent blockchain development service provider.

To promote engagement, an NFT marketplace must have a common user interface (UI). A search bar, filters, a huge number of categories, a community area, a dashboard, and an administration panel should all be included. Because they reduce the customer’s search time, all of these separate categories and search bar filters are crucial to offering an amazing user experience.

The integrated crypto wallets, which must be used to acquire or use the cryptos held in the wallet, require cross-chain compatibility. You must first create an Ethereum Wallet, Metamask, in order to build an Ethereum-based NFT.

Front-end development is a feature of the NFT trading platform that allows users to interact with it. It includes a user-friendly interface, better productivity, and security features.

A reputable NFT development company will aid you in setting up smart contracts. The NFT platform’s logic will be implemented in the back end. The NFT marketplace is a decentralized system, and smart contracts aid in the administration of enormous data flows and their confirmation on the Blockchain, as previously indicated.

Several test cycles will be conducted to determine how well the manufactured product works. The QA team will ensure that no defects or flaws remain in the product, ensuring that it is safe, usable, dependable, and productive. The product must adhere to the project’s objectives and goals throughout the testing process.

Once you’ve finished testing, it’s time to move your NFT platform to a cloud server. However, don’t get too comfortable because this isn’t the end; you’ll need to keep up with the program’s upkeep and upgrades on a regular basis.