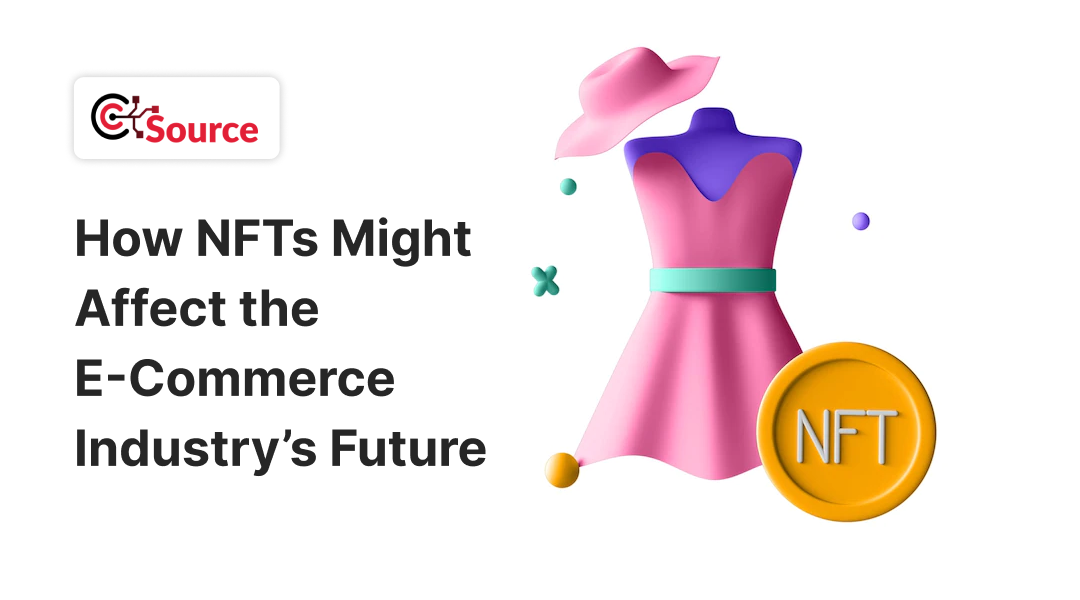 As everyone knows NFTs are Non-Fungible-Tokens that work on blockchain technology, and they are known as digital assets which give their owner the supreme authority of ownership and the owner can sell this NFT to a prospective buyer. An NFT can be anything that varies from an image to an audio file with a recording. NFTs are unique and cannot be replicated and that is the prime reason why people across the world is spending copious amount of money to get ownership of this digital asset.

The blockchain which is based on Ethereum and which is the second most prominent cryptocurrency after Bitcoin is where NFTs are stored. Ethereum was built as a system that supports smart contracts,  and it is because of this phenomenal feature that makes the flexible transfer of NFT ownership from one person to another.

In the simplest form, blockchain is a decentralized platform to store data and it relies mainly on peer-to-peer networks. Here data is stored in a complex block that is chronologically ordered to ensure its security and authenticity. NFTs are unique due to their non-arguing ownership, hence there is a surge in demand for NFT token creation.

E-commerce is a commercial platform that allows the populace all over the world to buy and sell things using a digital medium. Business to Business(B2B), Business to Consumer(B2C), Direct to Consumer(D2C), Consumer to Consumer(C2C) and Consumer to Business(C2B) are all diverse paradigms of e-commerce models. In the technological era, the thought of using NFT for e-commerce platforms has become a prime concern. Many such platforms have started to develop NFT integration solutions.

How NFTs can Impact E-Commerce Industry?

For an instance, if we take musicians as an example, they have come across many hardships to create an income since the inception of the internet. Music for a common man is merely some bits and on the internet, it is easily available that too free within seconds. Digital streaming platforms (DSPs) such as Spotify have expanded immensely, still, individual artists are getting a small proportion of income as paltry royalties from DSPs. In the current situation, the only hope for musicians is to depend on live performances for earning surplus income. Recently, musicians are trying out NFT experiments which resulted positively. For example, Mike Shinoda of Linkin Park recently put a piece of digital artwork for sale as an NFT and incredibly it sold out for a copious amount of money. Therefore, this single NFT experiment brings in huge scope for the artists.

NFT technologies can create a greater impact in secondary markets for luxury commodities such as handbags, watches, expensive wines, etc. Similarly, secondary markets such as Poshmark, The RealReal, and StockX have created huge momentum in luxury goods trading, because NFTs can power the future innovation in luxury trading by enabling to solve massive issues like counterfeiting, trust and ease, and cost of transactions. Prominent market players like StockX and the The RealReal have high chances to adopt NFT technology to secure commodities and create huge trust in transactions. Other prospective markers in the commercial market have also made several attempts using NFT technology and have found out tremendous efficiencies using NFT technology.

Indisputably, NFTs possess the potential to explore new economies within virtual worlds and online games.  Virtual games based on collectible NFTs like Cryptokitties, Axie Infinity, and Decentraland have played a dominant role since the start of the NFT revolution with a single CryptoKitty being sold as an NFT for a lump sum of money. These niche gaming examples seem to be extremely smaller when compared to the mainstream virtual games like World of Warcraft and Runescape with their several players deploying NFT technology for secure transactions on in-game items.

It is expected that in the forthcoming year’s majority of the trendy fashionable items will be tokenized on a blockchain and uniquely identifiable. There is no wonder when they come with digital versions which are based on augmented reality and the virtual world.

Due to the advanced technologies used by NFTs, it will make the concept of title and ownership simple and universal. NFT technology has the potential to restructure the casual process and philosophies that are surrounded by property ownership. At present the concept of owning any asset such as a car, home, usually connected to a government-authorized document. NFT technology is also the same by providing the same features to define ownership, transfer, but without the involvement of a central agency or an authority.

Conclusion
We are in the predominant phase of experimentation and exploration with NFT technology and many business entrepreneurs are transforming companies that specialize in non-fungible token development services. Every e-commerce platform is making use of this incredible technology to possess wider prospects in their commercialization. Demand from crypto-investors is a significant factor that increases the price of any digital art attached to an NFT. With the promising advent of e-commerce technology and blockchain technology, these two incredible technologies are expected the conquer the world of e-commerce.