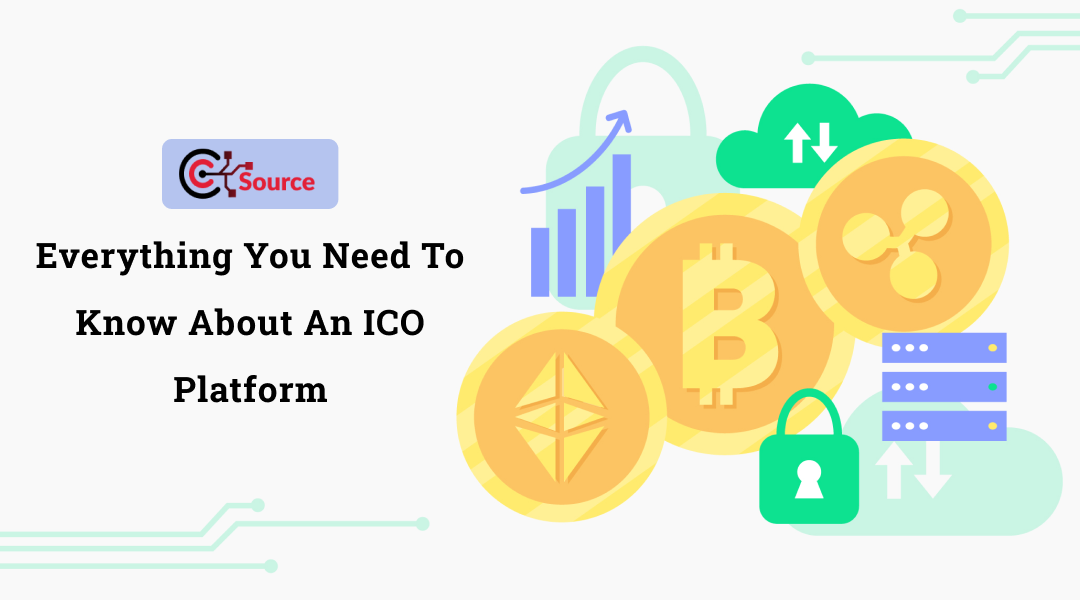 An Initial Coin Offering, or ICO, is a way for innovative entrepreneurs and enterprises to raise funds by releasing cryptocurrency. Companies can create own blockchain and sell tokens instead of relying on other ways of selling equity in their company through an IPO. Investors can buy or sell the company’s products or services with these tokens on the company’s platform, or swap them for other cryptocurrencies.

What is an ICO?

Having an ICO offers the advantage of allowing investors to purchase tokens for a little fee. They can then either utilize them on the platform when it starts, or keep them and swap them on cryptocurrency exchanges afterward. Due to the volatile nature of cryptocurrencies, the price is likely to climb.

The concept of buying cryptocurrencies for pennies and then selling it for a profit makes these tokens or coins attractive to a variety of investors. It also increases the company’s chances of raising the capital it requires, as opposed to relying on traditional investment possibilities. To establish a new coin or token, businesses will need to build their own blockchain.

Blockchain is the foundation upon which cryptocurrencies such as Bitcoin and Ethereum are created. In the previous decade, blockchain has reshaped the way we think about money, and current blockchain statistics show that it is well on its way to transforming other aspects of our life as well.

Different values can be assigned to tokens created on the network. Some of them could be used as virtual equity in the company or as a form of payment for the company’s goods and services.

How does an ICO Work?

When a company decides to launch an ICO, it will assign a value to its new currency. They must then locate others who are interested in purchasing that value.

Teams will need to prepare a white paper for this. This paper provides all of the project’s important details. It describes the currency or token, how users can use it, the technical aspects of the blockchain and token economics, and when the token will be listed on a cryptocurrency exchange.

The whitepaper is then prepared, as well as a website that details the project in detail. This preliminary material is intended to persuade investors to purchase tokens with ICO.

The team behind it will begin promoting their product after it has been completed. The objective is to get the product in front of as many potential customers as possible. Typically, they will publish on numerous social media channels, crypto forums, and other online platforms, such as ICO listings. The more people who are aware of it, the higher the possibilities of raising the necessary amounts are.

Some ICOs will be an initial public offering (IPO), while others will include a whitelisting period or possibly a pre-sale. The price per token may be more or lower depending on when investors join in.

Companies can organize their initial coin offerings in a variety of ways. They might change the supply or the price of the ICO to meet their objectives. They may, for example, set a fixed price and coin stock to make the math easier for both the team and the investors.

Some ICOs will compensate people for their engagement in creating awareness about prospective ICOs, in addition to having their investors acquire tokens or cash. These can be in the form of bounties or airdrops, for example. You can earn tokens by posting about the ICO on appropriate sites or by completing other actions that will help the company advertise its initial coin offering.

It’s time to start investing in some ICOs now that you know what to look for. The first thing you’ll need is a reliable cryptocurrency wallet in which to keep your new cryptocurrencies.